Smart City engine can communicate with Internet of Things (IoT) and automation control systems via common high level communication protocols using https as transport. Its underlying PharosN IoT platform allows generic solutions avoiding specific proprietary requirements by the hardware of some manufacturers or protocols of controllers. As the result the platform meets the challenges of monitoring of both relatively small objects like machines, vehicles, buildings, offices, homes as well as large industrial systems.

The solution supports both direct communications with smart sensors and IoT as primary sources of data streams of measurements as well as with automation control systems having large number of various heterogeneous data sources.

For example, there are technical solutions able to read sensors by Rest API or mqtt for temperature and other measurements. In this case, the platform can act as a single point of collection for all sensor readings, its processing and presentation to users for monitoring and visualization.

In case of industrial automation e.g. water, energy, waste, fire, operational statuses of equipment, etc. and relevant management systems, the installed sensors can be made by different manufacturers and support different protocols. In such systems the most commonly used automation solutions are the OPC engines or SCADA systems controlling large number of devices and processing relevant data.

The PharosN platform can communicate with such systems and IoT through common open access protocols collecting (get) or receiving (push) big data in a json file. If sensors or actuators have different industrial protocols such as ModBus, BACnet, KNX, etc, the relevant additional controllers – bridges allow for data streams receipt. When there are the OPC XML-DA and OPC UA engines, industrial networks, the platform can work use these protocols as well.

When working with the systems positioned as the IoT, its integration with Smart City engine is easy. The engine can access IoT devices based on support of standard open-source protocols REST API, SOAP, MQTT and SNMP using various connectivity networks such as LoRaWan, Bluetooth mesh 5.0 BLE, ZigBee, Z-Wave and 5G providing intsnt access to sensor readings via gateways and hubs.

In general the mqtt and rest API is preferable protocol since it is easy to use and is one of the most common protocols for the exchange of data om sensor networks.

The SOAP protocol is most common in industrial systems. The use of SNMP protocol is recommended mostly for closed networks e.g. LANs due to the fact that has shortcomings in security. The dotted block in the Picture refers to the systems which are not described here but allow access to monitoring functions via some network protocols. If the protocol is missing in the list it can be promptly implemented by the Smart City Monitor development team upon customer request. Some new standards and relevant technologies under implementation will be supported in the releases of the platform upgrades.

It should be taken into consideration that Smart City Monitor  platform can automatically import the stored sensor data from structured databases or files using its data import procedures as well. 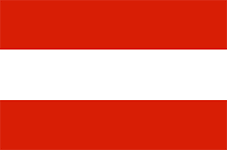